Should I be Developing TM1 Applications Using Performance Modeler? 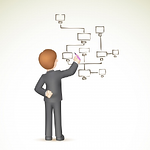 Before the advent of IBM Cognos TM1 10 any company or individual looking to complete development within TM1 used the tried and tested but dated and unhelpful development tool sets. When IBM introduced TM1 10 back in 2011, they introduced a whole new, web based development tool set called Performance Modeler. This partnered with the rebranding of what was previously known as Contributor (now known as Application Server) introduced a new development tool partnership that wasn’t just IBM trying to bring new options in to play, it was the introduction of whole new development and deployment methodology. This new methodology is based around using the Application Web portal as the front end for gathering and reporting on planning information with Performance Modeler used to get you there.

With any new methodology there is always a level resistance to it, and this was the case within the current TM1 community. While the old tool set was not the best, it was very well known. We have seen recently however, with IBM pursuing this methodology that more and more people, especially those new to TM1 are following IBM’s new pathway. So with more people starting to use Performance Modeler and with IBM continuing to develop it further, all TM1 users / developers need to start looking at it as a serious project implementation option.

So the question has to be: should you be looking to use Performance Modeler?

Performance Modeler is easy to use.

Performance Modeler has plenty of new wizards built in to make previously difficult tasks a lot easier. There is a built in wizard (called guided import) for building cubes, dimensions and even for importing data. Adding calculations has been made much easier. On top of making calculations easier to build IBM has also added many new functions to Performance Modeler, a perfect example of this is the Lag function that makes building time based balances easier to build and maintain.

With its perfect partnership with Application Server, Performance Modeler makes building the parts required for a Workflow implementation easier. Within Performance Modeler you can create the required hierarchy for managing your workflow and it also handles dimensions differently so that any cube built is optimized to work well within the workflow framework.

Performance Modeler offers you a range of new options.

Performance Modeler has added development options that were not possible using the old tool sets. For example removing a dimension from within a cube is now a simple drag and drop task. Previously this would have involved rebuilding the cube.

Performance Modeler is the way forward.

Now that we’re past the early development stages it’s an ideal time to take a look at performance modeler and see what benefits it can bring to you.

Parsippany, NJ 07054
Tel: (973) 898-0012
info@acgi.com
© 2022 Application Consulting Group, Inc | 973-898-0012 | The company, product and service names used in this web site are for identification purposes only. All trademarks and registered trademarks are the property of their respective owners. Learn more about the privacy policy, trademarks, disclaimers and copyright notices regarding this web site.